What is App clone- meaning, Benefit and Legality.

What is App Clone?

App clone basically refers to taking inspiration from any other website or app theme which is very unique and different and copying that concept to create another App clone. Cloning  doesn’t mean copying exactly the same as the original one, it means taking some ideas of the App and adding your own unique features along with it to create your own new app. App cloning is very popular nowadays and many app development companies have cloned popular app script like Uber ,Ola Lyft etc, reskinned it along with their own new features to create than App clone. This is App cloning technique is very useful and beneficial for budding entrepreneurs who wish to start their own business with an app. Designing an app from scratch takes a lot of time and investment which may not be affordable. The word clone is used for better understanding for the customers.  In fact, successful Apps are the ones that are inspired and/or copy of another App but add up new features for its target niche that would make their App unique in such a way that others would want to clone!

The answer is yes, until and unless you don’t breach existing business IP’s,copyright, patents or trademarks.

The words like cloning and app cloning by definition is misunderstood. We have to understand that we are not talking about copying the entire app. But its taking ideas from different apps combining them together create a totally different app. Here at Apporio infolabs we never support or encourage duplicacy of any product or any website nor we practice such thing in our company. We don’t believe is selling complete duplicate code just for multiplying revenues. We have our own “Apporio taxi” which is an uber clone but is completely customisable, white labeled solution and has its own unique features. We have successfully worked in more than 20+ countries with huge clientele base. There can be some similarities between the original and your clone solution but your solution should have new and additional features that will help differentiate between the two.

How does App cloning helps?

Popular sites that are actually clone

These are some examples among the large number of popular companies that have set an example which clearly explains what exactly app clones are and how they can be distinguished from the original one.

The are many readymade clone scripts available in market of famous apps like uber, ola, appjek etc in cheap rates. The rates that they offer is so good that its gets easy for any customer to get convinced by the price itself and start dreaming of becoming a successful  entrepreneur. But that dream will remain a dream if you go for such type of scripts.

If we look for the successful apps like Facebook, youtube or Uber, do you believe that getting an app clone just of mere few bucks would have made them so successful and rich? These apps are having turn over in billions and this is not achieved by just buying any cheap solution from the market. Many 3rd party vendors are offering apps clones in just $300 or $500 bucks but what they handover to their client is just the app clone without any proper code, customisation and unique features. Anyone telling about this is just fraud and is a cheat!. One has to be very careful while choosing ready made scripts from any 3rd party vendor. It is not an easy task to create an app clone because these apps shares the same platform and structure.

What to consider before building an app which is a uber clone?

There are many factors that are required to be seen. There is no fixed answer to this question. Everything depends upon your business strategy and your app structure. If your planning to take the basic prototype and test the market than the readymade clone script is an option for you. But you have to be aware of the scalability and robustness of such apps which will make it difficult to change UI and do customisation in future, making it of no use in the long run.  If you are serious about business and have strong business plan then go for a custom development approach or atleast scalable robust app which supports customisation Your USP should be very different which will make your business stand apart from the competition.

Here are some of the points that you can keep in mind:

Why are investors pouring some much money on Readymade app clones?

The answer to this is the rise of on demand apps. The on demand apps are on the rise with launch and success of Uber app which is an on demand taxi booking app. After seeing the great potential benefit from this industry, many budding entrepreneur wish to gain benefit out of it. They all wanted to start their own on demand business app like uber. But developing a robust and scalable app like uber from scratch needs investment and time which may not be available with everyone. So the rise of App clones started with many top app development companies started providing clones of popular apps like uber, tinder, instagram,facebook etc. Some of the successful apps which are clones have been discussed with you in the beginning of this blog so might be aware of it.

The success of Uber app has started the wave of “uberification” which is spreading to different industries like pharma, beauty, food etc. On demand apps success has started a wave among the people to invest in on demand ventures. But for successful on demand ventures needs string app script which is robust, scalable and customization. So always go for top App clone development company Like Apporio infolabs, which has is a reputed name in this on-demand industry.

Yes yes yes! You heard it correctly. We are soon re-launching our “Apporio Taxi app” with new features and interface…. 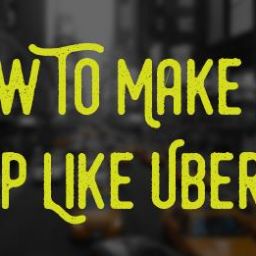 The Uber app which was introduced in the year 2012, has 80 million users and provides its services across 77… 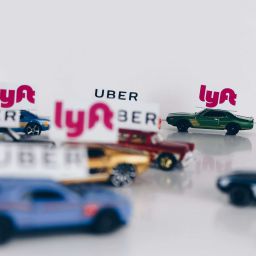 Ditch The Traffic And Save More Money, Try These 7 Ride Sharing App

Cars that we drive are causing unprecedented harm to our environment. Not just in Delhi or in India but all… 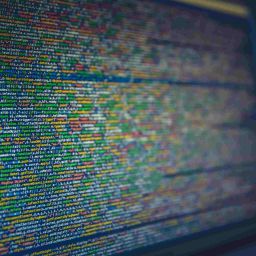 Earlier on Monday, Uber made a huge announcement, said the company will be soon introducing its new Uber Health service….

31 Oct 2019
What is Uber clone script? How it is Helpful for your Taxi Business?

The taxi business is an evergreen industry where any startup and entrepreneur can invest their money. However they have to…

Technology has changed everything with time. Food, traveling, shopping and finance can be done with just one click now. Technology…

Uber is expanding its business soon going to launch Uber Grocery, apart from that the company has also made another… 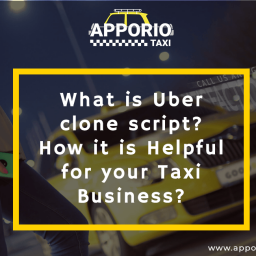 What is Uber clone script? How it is Helpful for your Taxi Business?

The Uber Clone Script is an online taxi booking software which is compatible on platforms like I Phone and Android….

Today, the smartphone technology and mobile apps have changed everything from purchasing clothes online to booking hotels to ordering food…

Now a Days Taxi business is booming. If you stay competitive like never before, you can incredibly get great deal…

Taxi App Development The traditional process of taxi booking was typical for both passengers and the drivers, as the drivers… 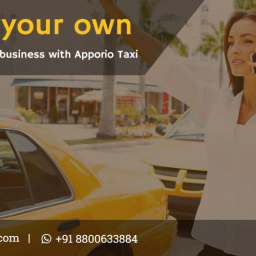 Launch your own Online Taxi Booking business with Apporio Taxi

18 Sep 2018
How Apporio Taxi is making the life of startups and entrepreneurs easy?

The taxi business is an evergreen industry where any startup and entrepreneur can invest their money. However they have to…